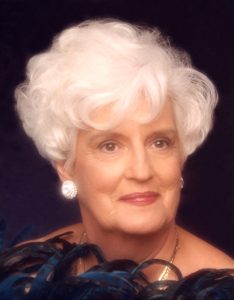 Laura E. Rummans
Laura E. Rummans passed away in her home surrounded by loved ones on Saturday, October 3, 2020 in Lawrenceburg, TN.  She was 102 (or whatever).
Born in Moline, IL on June 21, 1935 to Albert A. Loete and Lois Suiter Loete, she attended Moline schools and graduated from Moline High School in 1953. She attended Blackhawk College, Moline, and Western IL University, Macomb, IL. She married William Cary in 1956. She married Elmer Rummans in 1970 and together they raised five children.
Laura taught school in the Silvis, IL and Hampton, IL school systems for several years and also taught classes at Blackhawk College. She then worked as a recreation specialist at several Quad City nursing homes while living in IL and for many years worked at the Community Mental Health Center, Rock Island, IL as a recreation therapist. Prior to retirement, Laura and her husband Elmer lived at Fyre Lake, Sherrard, IL for twenty-five years.
Upon retiring in 1995, she and Elmer moved to Florida where they wintered for several years. In 2000, Laura and Elmer moved full-time to North Port, FL. She was employed by RSVP as volunteer coordinator for the Port Charlotte, FL office of the Senior Corps. While living in North Port, Laura became an active volunteer for the City of North Port, serving on several citizen boards and worked as a volunteer for the North Port Performing Arts Center. She also served as president of her homeowners’ association for five years.
Late in 2013, Laura and Elmer moved to Lawrenceburg, TN. For five years while living in Lawrenceburg, Laura wrote a weekly column for the Lawrence County Advocate.  She was a member of First United Methodist Church, Lawrenceburg, and the Lydia Circle. She was also a member of the East Lawrenceburg FCE, the Lawrence County FCE Council, and the Library Book Club. Throughout her life, Laura enjoyed sewing, quilting, basket weaving and other crafts. She was an avid reader who loved books, Civil War history, and learning.
In addition to her parents, she was preceded in death by two brothers: Albert (Joan) Loete and Laurence (Karen) Loete.
She is survived by a sister: Mary (Craig) Meier of Lawrenceburg; brother: William (Sharon) Loete of Lawrenceburg; five children: Gregory Rummans, (Gil Cartwright) of Chattanooga, TN, Christopher (Jennifer) Cary of Dover-Foxcroft, ME, Dana (Virgil) Mayberry of Rock Island, IL, Catharine Cary (Tom) Leahey of Cicero, NY, and Stephen (Gayla) Rummans of Waterford, WI; eight grandchildren; nine great-grandchildren.
A memorial service for Laura E. Rummans was held at Hope Botanical Garden, Leoma, TN at 10:00 a.m. on Saturday, October 10, 2020 with Tracy Evers officiating. Neal Funeral Home was in charge of all arrangements. Family suggests memorials be made to: First United Methodist Church, 212 Waterloo Street, Lawrenceburg, TN  38464 or: Hope Botanical Garden, 16 Ford Road, Leoma, TN  38468. Condolences may be sent by way of: www.nealfuneralhome.net.