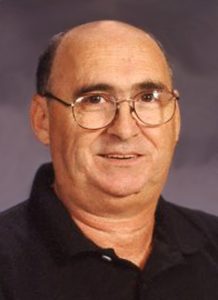 Jim “Coach” Freeman
Jim “Coach” Freeman, age 71, of Lawrenceburg, TN passed away Monday, October 26,2020 at STRHS.
Jim was a lifelong resident of his beloved Lawrence County and a dedicated teacher and coach to many students at LCHS and Summertown. Coach Freeman was known for bringing a sense of humor to his classroom. His quotes were famous, such as his most popular one, “If life was fair I would have hair!”
Coach went to be with the Lord and his father and mother: Hollis and Ruth Freeman; aunt: Mozelle Freeman; and his daughter: Staci Freeman.
He is survived by his wife of 26 years: Sue Freeman; one son: Josh (Michelle) Freeman of Lawrenceburg, TN; two step-daughters: Marcie (Greg) Baker of Michie, TN and Hannah Mattox of Lawrenceburg, TN; one sister: Faye (Roy) Martin of Spring Hill, TN; niece: Robin (Tony) Mangan of Bakersfield, CA; one granddaughter: Shelby (Daniel) Milford of Michie, TN; three grandsons: Hunter, Tyler and Cooper Freeman; and one great-grandchild: Huntley Reese Freeman, due on January 27, 2021.
Neal Funeral Home assisted the family with all arrangements. Condolences may be sent by way of: www.nealfuneralhome.net.