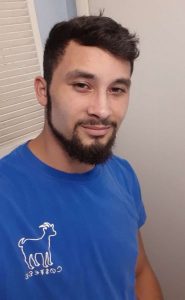 Isiah Gordon, age 25, of Lawrenceburg, TN passed away Wednesday, November 04, 2020 at his residence.  He was a native of Maury County, TN and employed at Dyna-Pak Corporation.

He was preceded in death by his brother, Dezmon Allen.