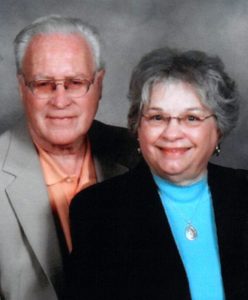 Shirley Ann Williams
Shirley Ann Williams, age 87, of Lawrenceburg, TN passed away Wednesday, November 18, 2020 at Keestone Assisted Living.
Born December 2, 1932 in Mt. Vernon, IL, Shirley was the daughter of the late Thomas Albert Mills and the late Beulah Edson Mills. She married Doyle Clayton Williams on December 28, 1951 and together they had three children. Doyle was a preacher and evangelist. A lot of their time together was spent at revivals. He preceded her in death on August 26, 2013. Shirley loved music, playing hymns on the piano, and painting. Besides her work as a homemaker, she previously had her own custom catering business for several years.
In addition to her husband and parents, she was preceded in death by her sister: Norma Phillips.
She is survived by her children: Mike (Brenda) Williams of Lawrenceburg, TN and Tim (Anita) Williams and Christy Dixon, both of Columbia, TN; brother: Bill (Helen) Mills of California; and grandchildren: Brianna Williams, Brett Williams, Derek Williams, and Jason Williams.
The family of Shirley Ann Williams will celebrate her life with private services at a later date. Heritage Funeral Home in Columbia is assisting the family with arrangements. Condolences may be shared online by way of: www.TnFunerals.com.