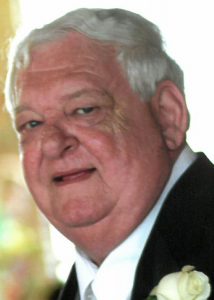 Jeffrey Michael Hermsdorfer
Jeffrey Michael Hermsdorfer, age 73 of Franklin, TN passed away Friday, December 4, 2020.
Jeff received his Bachelors Degree from Middle Tennessee State University. He was a member of Kappa Sig Fraternity which was the first fraternity on campus. He was a veteran of the Army National Guard of Tennessee. He became a Certified Public Accountant and worked in manufacturing and later retired from the State of Tennessee.
He was preceded in death by parents: Arthur Frank and Eleanor Labar Hermsdorfer; and brothers: Steve Cawthorn and Art Hermsdorfer.
He is survived by: wife of 52 years: Suzanne Daniels Hermsdorfer; daughters: Leslie Eleanor (Steve) McRuiz and Lori Suzanne (Marshall) Marlin; grandchildren: Gracie and Jackson Marlin; brother: Kenneth (Callie) Hermsdorfer; sisters-in-law and brothers-in-law: Laura (Jon) Kinnard, Jayne Daniels, Becky Cawthorn, Sally Hermsdorfer; cousin: Larry Hermsdorfer; many nieces and nephews and other loving family members.
A private memorial service for Jeffrey Michael Hermsdorfer will be conducted Thursday, December 10, 2020 at Williamson Memorial Funeral Home with Jim Taylor officiating. Williams Memorial Funeral Home was in charge of all arrangements. Memorials may be made to Vanderbilt Children’s Hospital or Alive Hospice. The family would like to extend a heartful thanks to the team of Alive Hospice Home Care. Condolences may be offered by way of: www.williamsonmemorial.com.