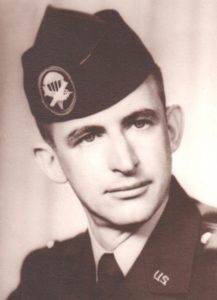 Robert Louis Gunn
Washington County, AL native Robert Louis Gunn, age 89, passed away October 29, 2020 in Chatham County, NC.
Bob enlisted in the United States Air Force and served in Puerto Rico until he was discharged to enlist in the United States Army. He served as an officer in the Army then transferred to the reserves where he served as unit commander in the 108th Infantry Division, an instructor in the USAR School, and a legal advisor and unit commander in the Selective Service Reserve. He was Legal Advisor to the North Carolina State Director of the Selective Service, and retired from the Army reserve in 1986 with the rank of Colonel.
Bob served as Assistant Professor of Public Law and Government at the Institute of Government, then as attorney for the North Carolina Department of Revenue. In 1967 he became Assistant Attorney General for the State of North Carolina. He represented the Department of Revenue until he went into private practice. He served as Town Attorney for Pittsboro and Attorney for Chatham County.
Bob married Rebekah Gray McBane on July 1, 1967 and they have a daughter, Rebekah Gray Gunn, who is married to Nathan Christie. His daughter Geneva Kathryn Gunn Shumaker has a son, Thomas Alan Shumaker.
On November 7, Bob was buried with Masonic Rites and Military Honors at his farm. Donaldson Funeral Home & Crematory was in charge of arrangements. Condolences may be made by way of: www.donaldsonfunerals.com.