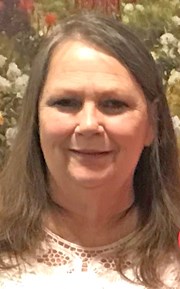 Patricia Ann Brown, age 68, a resident of Lawrenceburg, Tennessee, passed away Friday, December 11, 2020 at Southern Tennessee Regional Health System Lawrenceburg. The family will celebrate her life with a private graveside service at Lawrence County Memorial Gardens at a later date. Heritage Funeral Home is assisting with the arrangements.

To those who loved her and knew her best, she was known as Trisha, Mom, or Nana.

Trisha was a follower of the Lord and devoted daughter who cared for her mother until her passing. She valued family and beware the person who would speak ill of or transgress against Nina, Lynne, Jim, or Rob. Trisha was a tireless and reliable worker throughout her career. She spent many years in the employment of First National Bank of Lawrenceburg and later Modine Manufacturing. Trisha was a lover of wayward animals and wayward people; a determined trial and error DIYer; and sought-after baker of biscuits and chocolate gravy – though she never thought hers tasted very good.

Mom was a fierce protector of her children, allowing them the independence to try and fail, but never too far away to defend them from danger. She was a warrior in prayer on behalf of her family and others. Mom modeled compassion for the weak, acceptance for the marginalized and forgiveness for those who trespassed against her. The epitome of perseverance, Mom confronted most days with the sincere belief that it could be better than the one before. She smiled in the face of pain and worry, assured her children that all would be okay and sacrificed her desires and dreams so her children could pursue theirs. Mom was wise about many things and from that wisdom, sprang many family proverbs, like “If wishes were horses, we’d all ride,” “You’ve got the same pants to get glad in,” and everyone’s favorite, “Buckle up. It’s a holiday.”

Nana treasured her five grandchildren ages 20 to 6, and her love for them fueled her will to live, even when her pain seemed too much to bear. Her philosophy on the enforcement of parental rules was anarchy. So, Nana was the instigator of boisterous sessions jumping on the bed, playing in the mud in “good” clothes, snacks before dinner and staying up way past bedtime. Nana aspired to be a proficient LEGO™ engineer under the tutelage of first grandson, J. Michael, who was often disappointed in her work. She continued her study years later with second grandson, Grayson, improving the quality of her craft, but never quite mastering the skills. To the three granddaughters, Nana prescribed equal measures of confidence and sass.  A rite of passage for each was serving as navigator through the streets of Memphis all the while Nana insisting that she knew how to get home.

Patricia Brown – Trisha, Mom, Nana – lived an unremarkable life by the world’s standards. But her love, compassion, determination, and example has been, and will continue to be. profoundly felt in the lives of those she touched. She can never be replaced but will always have a place in our hearts.