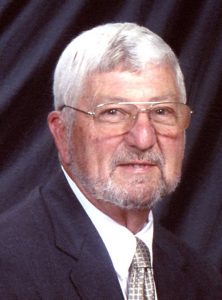 Howard Steelman Nutt
Howard Steelman Nutt, age 77, of Lawrenceburg, TN was born on January 8, 1943, in Waynesboro, TN, son of the late Trester S. and Evelyn Brewer Nutt. He was united in marriage to Jeannette Carter Nutt on May 6, 1961. She preceded him in death on March 12, 2015. Howard departed this life at his home on Thursday, January 7, 2021, after a recent diagnosis of advanced cancer.
He was a member of Pulaski Street Church of Christ in Lawrenceburg, TN, where he served as elder for almost twenty years. He was a graduate of Waynesboro High School and of the University of Tennessee at Knoxville where he earned a Bachelor of Science in Civil Engineering. He began his career in Humboldt, TN with J. A. Hadley Construction Company. Howard and Jeannette raised their three sons in Humboldt until 1983. After 50 years in the road-building industry, during which he worked for Hadley, Dement Construction Company, and Rogers Group Inc., he retired from RGI in 2014.
Howard enjoyed his family, friends, telling stories and jokes, laughter, hunting, fishing, playing golf, playing cards and board games, and sports, especially football. He was gregarious, hospitable, generous, and energetic. He was an excellent cook and loved sharing meals with others. During the past couple of years, he was always happy when chatting with his Turbo Tunnel car wash coworkers and customers, longtime friends and new ones.
In addition to his wife and parents, he was preceded in death by his sister: Carolyn N. Davis.
He is survived by three sons: John C. Nutt (Lisa) of Cordova, TN and Eric L. Nutt (Melanie) and Noel H. Nutt, both of Lawrenceburg, TN; three brothers: James H. Nutt (Hilda) of Lawrenceville, GA, Frank M. Nutt (Cathy) of Spartanburg, SC and David M. Nutt (Patsy) of Waynesboro, TN; one sister: Margaret N. Perry (Randy) of Brentwood, TN; seven grandchildren: Sarah Jane Cothren (Jacob) Ethridge, TN, Rachel Benson (Brock) Murfreesboro, TN, Trevor S. Nutt (Sarah) Antioch, TN, Aimee Bennett (Zach) Lawrenceburg, TN, Cecilia Hofbauer (Brent) Little Rock, AR, Olivia Nutt of Searcy, AR, and Bennett Nutt of Cordova, TN; and four great-grandchildren: Rosemary Cothren, Hazel Cothren, Cedar Cothren, and Colette Benson; several nieces, nephews, and cousins.
A private graveside service and interment for Howard Steelman Nutt was held. In lieu of flowers, the family suggests memorials be made to: Pulaski Street Church of Christ, 247 Pulaski Street, Lawrenceburg, TN  38464. Neal Funeral Home was in charge of all arrangements. Condolences may be sent by way of: www.nealfuneralhome.net.