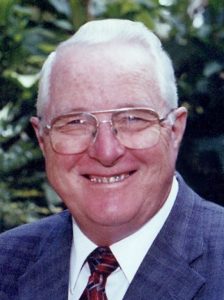 John K. Gibbs
John K. Gibbs, age 86, of Lawrenceburg, TN passed away Monday, January 4, 2021, at his residence.
He was a native of Lawrenceburg, TN, a farmer, and retired from Murray Ohio. He preached for 61 years at various Churches of Christ, and was a member of the Church of Christ at County Line. Mr. Gibbs served his country honorably in the U.S. Army.
He was preceded in death by his parents: G. F. and Ledia Kranz Gibbs; three sisters: Aleda Gibbs Mitchell, Gilberta Ruth Bail, and Norma Grace Pyle; and one great-granddaughter: Alexa Claire Gibbs.
He is survived by his wife: Sue Gibbs; one daughter: Nina Busby (Kevin); two sons: Brent Gibbs (Darlene) and Rex Gibbs (Cindy), all of Lawrenceburg, TN; seven grandchildren; seven great-grandchildren; one sister: Mary Duke of Franklin, TN; several nieces and nephews.
Graveside services and interment for John K. Gibbs were conducted at Bumpas Cemetery at 2:30 p.m. on Tuesday, January 5, 2021 with full military honors. Neal Funeral Home was in charge of all arrangements. Condolences may be sent by way of: www.nealfuneralhome.net.