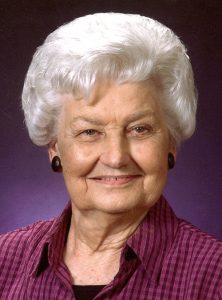 Daphne Crowder Griggs
Daphne Crowder Griggs, age 95, of Lawrenceburg, TN passed away Saturday, January 9, 2021, at her residence.
She was a native of Lawrence County, TN, a 1943 graduate of Lawrence County High School, and attended Draughon’s Business College in Nashville, TN.
After attending Draughn’s Business College and having a mind for business, Daphne founded a credit bureau in Lawrenceburg in 1947. She helped establish the Lawrence County Chamber of Commerce and later became a Chamber Ambassador. As an active church member, she taught children and adult classes, participated in various ministries and other church-related activities.
Daphne’s participation in community and service organizations includes:
· The Ornithological Society,
· The Lawrence County Historical Society in which she helped set up the Old Jail Museum,
· The American Cancer Society’s Reach to Recovery Program, Alive Hospice, and Meals on Wheels,
· Girl Scout leader for many years and served on the Board of Directors for the Huntsville Council, and
· The Crockett Theater Board’s Renovation Committee.
Her involvement in other community and service organizations earned her Lawrence County Chamber of Commerce’s Citizen of the Year Award in 1983 and a place in the book, Important Women of Lawrence County, by Bobby Alford.
She was preceded in death by her parents: Emery Samuel and Bessie Pamelia Livingston Crowder; her husband: Glenn T. Griggs; one son: Glenn Thomas (Tom) Griggs; and five brothers: Rural F. Crowder, Glynn T. Crowder, Jakie L. Crowder, Jerry M. Crowder, and Larry G. Crowder.
She is survived by two daughters: Pamela Griggs Gallagher of Memphis, TN and Cynthia Ann Griggs Hibbett (Ken) of Florence, AL; three grandchildren: Ann Catherine Hibbett Bowen (David) of Florence, AL, Caroline Hibbett Horton (Anthony) of Tupelo, MS, and Kenneth Hibbett (MaLeah) of Florence, AL; four great-grandchildren; one sister: Wanda Crowder Garner of Hermitage, TN; numerous nieces and nephews.
We thank the staff at Unity Hospice Care for their care and support for our mother in her time of need.  We, too, will forever be grateful for the love and care given our mother by Rosemary Isbell and Susie Smith.
A private graveside service for Daphne Crowder Griggs was conducted at Lawrence County Memorial Gardens in Lawrenceburg, TN. Neal Funeral Home was in charge of all arrangements. Condolences may be sent by way of: www.nealfuneralhome.net.