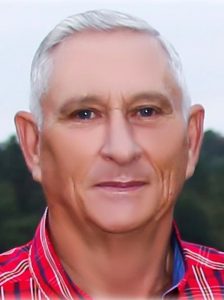 Taylor was united in marriage to the former Janice Stricklin on Saturday, November 29, 1980.  He was a 1964 graduate of Wayne County High School, a retired licensed telecommunication installer spanning 50 years and owned T.H.T. (Taylor Harris Telecommunication), working several states. He was a past president and director for Waynesboro Dixie Youth Baseball and was presently serving as Asst. Dixie Youth Director for District 3 in Tennessee. Taylor was instrumental in implementing Waynesboro Jaycees in the 60’s and 70’s. He attended Leatherwood Baptist Church, where he enjoyed his church family and fellowships.

In addition to his parents, he was preceded in death by his son: Anthony Lynn Harris; brother: Billy Joe Harris; father-in-law and mother-in-law: Jay W. and Mary Ada Berry Stricklin.

Graveside services and interment for Taylor Lee Harris were held at 1:00 p.m. on Saturday, January 16, 2021 at Memorial Gardens of Wayne County, Waynesboro, TN with Bro. David Miller and Bro. Dion Pulley officiating. Shackelford Funeral Directors, Wayne County was in charge of all arrangements.