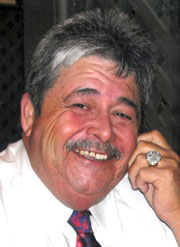 He was born March 22, 1951 in Detroit, MI. He was a son of the late James Thomas Anderson and Dorothy Coakley Anderson White.

He was preceded in death by his sister: Beverly L. Walker.