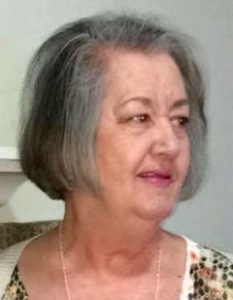 Cindy Lou Hughes
Cindy Lou Hughes, age 69, of Lawrenceburg, TN passed away Friday, February 19, 2021 at Vanderbilt University Medical Center.
Born on July 17, 1951 in Leoma, TN, Cindy was the daughter of the late James Woodrow Fraizer and the late Hazel Marie Rooker. Her greatest joy in life was spending time with her family and creating precious memories. She cherished the relationship she had with each person she knew and never met a stranger. To some she was mom, nana, nurse, sister and to others a friend but to everyone she knew she was a loved one. Her kindness and love could not be measured.
In addition to her parents, she was preceded in death by her husband: Roger Dale Hughes; brothers: Jackie Fraizer, Jerry Fraizer, Don Fraizer; and sister: Faye Duncan.
She is survived by her children: Angela Pollock of Leoma, TN, Regina (Jason) Paxton of St. Paris, OH, Kevin (Kristina) Luna of Cream Ridge, NJ, Misty Prince of Leoma, TN, Charles Hughes of Lawrenceburg, TN; sisters: Evelyn Smith, Trecia Pierce, Patricia Cobb, Mary Baker, Dianne Englett, Debbie Martin, Donna Fraizer; brothers: Jimmy Lee Mason, Jerry Fraizer, George Fraizer; twelve grandchildren; eighteen great grandchildren; and numerous nieces and nephews.
The family will celebrate the life of Cindy Lou Hughes with services at a later date. Heritage Funeral Home in Columbia is assisting the family with arrangements. Condolences may be offered by way of: www.TnFunerals.com.