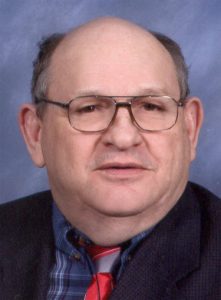 Arthur W. Garland, Sr.
On Sunday, January 31, 2021 Arthur W. Garland Sr., loving husband, father and grandfather, passed away at the age of 78.
A son of Lawrenceburg, TN where after graduating high school he joined the United States Navy, he honorably served until he retired after 20 years and settled in Goose Creek, SC. There, he completed his Bachelor of Science in Business Administration degree from Columbia University. He later moved to Warner Robins, GA and then to Dothan, AL.
He was preceded in death by his parents: C.W. and Dorothy (South) Garland.
He is survived by his wife: Virginia Ann (Beuerlein) Garland; sons: Art, Jr. and Joseph (“Joe”); grandchildren: Alexander, Joseph (“Joey”), Heather, James, and Tiffany; two sisters: Louis Colvert of Carolina Beach, NC and Glenda Jones of Tucson, AZ; and brother: Delmar of Nashville, TN; along with numerous nieces and nephews.
Funeral arrangements for Arthur W. Garland, Sr. are being handled by Family First Funeral Care and Cremation Services of Dothan, AL, with a memorial service to be held at a later date. In lieu of flowers, memorials may be made to Homes for our Troops and/or Cure Alzheimer’s Fund.