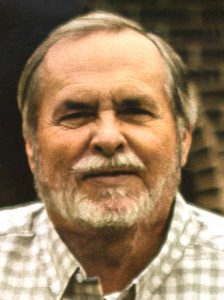 William Thomas “Tommy” Massey, Jr.
On Wednesday, March 17, 2021, the Massey family suddenly lost their beloved husband, father, and friend to many when Tommy Massey passed peacefully in his sleep.
Tommy was born September 17, 1960 in Michigan and lived in Lawrence County, TN for most of his life.  He was the son of the late William Thomas Massey, Sr. and Martha Faye (Rochelle) Massey. From a young age, he raised cattle on his family’s farm in Flatwoods. He loved all animals and was especially attached to his cattle, chickens, ducks, dogs, and cats. He spent 39 years with his loving wife, Brigitte Yokley Massey, and he always said their love story was like “Johnny & June.” He had four children that he adored, protected, and loved deeply. Along with being a farmer, he was also a businessman for many years, working as a salesman at the Rug Barn and as a butcher at the family-operated Tom’s Meats. He then went on to start his own car lot along with his father, called Massey Motors in Savannah and Adamsville, TN, later moving the business to Lawrenceburg as Tom Massey Motors. More recently, he enjoyed many years in semi-retirement working on his farm, raising cattle, and spending time with his family. He loved fried chicken, western movies, gardening, and had a big sweet tooth. He never knew a stranger and was always quick to help anyone who needed it. He had an amazing sense of humor and enjoyed telling the same jokes again and again. He loved sharing his many stories and his colorful life experiences. He was a member of Park Grove Baptist Church and also attended Ethridge United Methodist Church.
Tommy is survived by his wife: Brigitte; four children: Ashley Massey (Jason) of Lawrenceburg, TN, William “Will” Massey, III (Zali) of Lawrenceburg, TN, Magan Massey (David) of Hendersonville, TN,  Zeb Massey of Murfreesboro, TN; and two grandchildren: Preston Massey and Peyton Massey.
Due to COVID-19, the family will have a private service. Neal Funeral Home is in charge of all arrangements. Condolences may be sent by way of: www.nealfuneralhome.net.