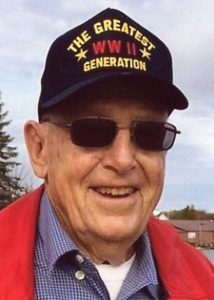 James “Jim” Harmon
James “Jim” Harmon, age 94, of Lawrenceburg, TN passed away Friday, March 19, 2021 at his residence.
He was a native of Lansing, MI, retired from Sears, a Lawrence County School Bus Driver for many years, and a member of Mars Hill Baptist Church. Mr. Harmon served his country honorably in the U.S. Army.
He was preceded in death by his parents: Louie W. and Tillie Kobeck Harmon; his wife: Clara Belle Lyons Harmon; one daughter: Vicki Madden; and one son: Patrick Henry Harmon.
He is survived by one sister: Ruth Harmon of MI; one granddaughter: Beverly Everson of Lawrenceburg, TN; and one niece: Debbie Miller of MI.
Funeral services for James “Jim” Harmon were conducted at Neal Funeral Home at 1:00 p.m. on Wednesday, March 24, 2021 with Mickey Brackin officiating. Interment followed at Lawrence County Memorial Gardens in Lawrenceburg, TN with full military honors. Neal Funeral Home was in charge of all arrangements. Condolences may be sent by way of: www.nealfuneralhome.net.