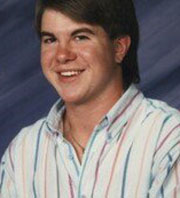 Kevin Newton
July 9, 1974 – April 25, 2021
Kevin “Newty” Newton, 46, passed away on Sunday, April 25, 2021 at Maury Regional Medical Center in Columbia, TN.
Kevin was born on July 9, 1974 in Lawrenceburg, TN to the late Gary Newton and Caroline Glass. Kevin was a hardworking man. He worked years in construction laying brick. Kevin was an avid outdoorsman. He loved hunting, fishing, and anything else he could do outside. He never missed a hunt, whether it be deer or turkey. He would always say “if it’s brown, it’s down” when it came to hunting. As much as he loved hunting, he loved his children more. They were his world along with his grandkids.
In addition to his parents, Kevin was preceded in death by the mother of his children and love of his life: Sherry Poag.
He is survived by his children: Ariel Newton, Hunter Newton, Drake (Meg) Newton, Brianna Holt, Chloe Holt; stepson: Cody (Christian) Grey; grandchildren: Zane Grey, Eli Grey, Kayson Grey, Kaycen Newton; and special friend: April Ferguson.
Williams Funeral Home and Crematory was in charge of all arrangements. Condolences may be offered by way of: williamsfh.com.