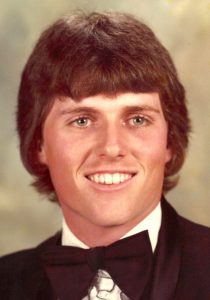 Ricky Lynn Howell
Ricky Lynn Howell, age 56, passed away April 21, 2021 at his home in Mount Pleasant, Tennessee, following a courageous struggle with multiple health issues for a number of years. A Memorial Service for Mr. Howell will be held at Williams Funeral Home in Mt. Pleasant, TN on Wednesday, April 28, 2021, at 2:00 p.m. Visitation for Mr. Howell will be from 1:00 p.m. until the time of the service. Bro. Dale Myers, cousin of Mr. Howell, will be officiating. Due to the COVID pandemic, the family requests that all visitors who have not been vaccinated, please wear a face mask.
Ricky Lynn Howell was born in Lawrenceburg, TN on June 5, 1964, to Dewey Thomas Howell and Alma Ruth Hobbs Howell. He was raised on the family farm in the Scotts Hill community of Giles County with his two sisters and brother. Rick attended Bodenham High School through the 8th grade, then due to consolidation of schools, was transferred to Giles County High School where he graduated. Mr. Howell retired from Educational Insights in Columbia TN due to disability. He also worked at Occidental Chemical Company in Columbia, TN for several years.
Ricky Howell is survived by his sister, Brenda Gail Howell Kennedy, and his brother, Toby Howell. Ricky is also survived by his brother-in-law Larry Wayne Hazelwood. He is also survived by his double-first cousin, Joe Gary Howell, that he loved as a brother. Ricky Lynn Howell is survived by his daughters: Jessica Lynn Howell Balentine of Lexington, Alabama and Jamie Marie Howell McCluskey of Pulaski, Tennessee. Ricky is also survived by his nephew, Barry Lynn Garner and nieces: Teresa, Tammy, Gwen, Kelly, and Carly. Mr. Howell is also survived by numerous cousins; he was the youngest of 22 cousins on the Hobbs side of his family, and the youngest of 11 first cousins on the Howell side of his family. He is survived by many great nieces, great nephews, and many good friends and neighbors.
Honorary pallbearers for Mr. Howell will be: Barry Garner, Joe Howell, Larry Hazelwood, Billy Ray Kennedy, Faye Davis, Mike Lange, Della DeVenturi, Kody Garner, Zachary Garner, Josh Bagwell, Bonnie Fay Jones, his Home Health Angel, Debbie Ratliff, Tab and Becci Blackburn, Jordan Brooks, Barefoot Secrest, John Davis Jr., Adam Brown, Terry Dugger, Mike Kinzer, Dr. Shawn Gentry, Dr. Haney Rezk.
Mr. Howell is predeceased by his parents, Dewey Thomas Howell and Alma Ruth Hobbs Howell. He is also predeceased by his sister, Patricia Ann (Pat) Howell Hazelwood and grandparents, Edd Lee Hobbs and Eura Jane McClure Hobbs; and Charles Edward Howell and Elizabeth Jane Williams Howell. He was predeceased by his long-time companion, Deborah Gooch. Rick is predeceased by “FOUR BEST BUDDIES” of over 25 years: Randall Davis, Eddie Diaz, Danny Morales, and Jeff Dawson.
Ricky Lynn Howell lived his entire life with diabetes and suffered the ravages that a lifetime of that disease created. Because of that, Mr. Howell has chosen to donate his body to Vanderbilt University so that science can perhaps learn from his lifetime of managing this devastating disease. Burial of his remains, after research has been completed on his body, will be at Scotts Hill Cemetery in Giles County.
Williams Funeral Home is assisting the family with arrangements. Condolences can be given to the family online at www.williamsfh.com. 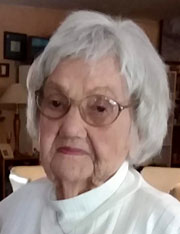