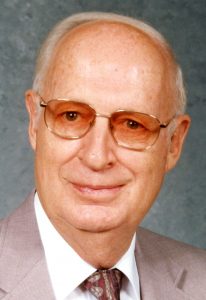 Fred Eugene Konig
Fred Eugene Konig, age 91, of Lawrenceburg, TN passed away Wednesday, April 29, 2021 at STRHS in Lawrenceburg.
He was born May 27, 1929 in Leoma, TN to the late John Fredrick and Essie Bottoms Konig. He was a United States Army Veteran serving in the Korean War, and owner of Sunrise Bakery.
In addition to his parents he was preceded in death by his brothers: Willie and Harry; and sisters: Bessie, Mildred and Ruth.
Survivors include his wife: Margaret Konig of Lawrenceburg; sons: Kenny Konig (Debbie) and Craig Konig, both of Lawrenceburg, TN; five grandchildren; and four great-grandchildren.
A memorial service for Fred Eugene Konig will be announced at a later date. Carr & Erwin Funeral Home is in charge of arrangements.