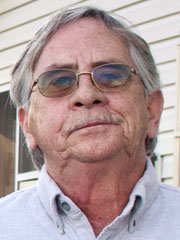 James Ronald Adams
James Ronald Adams, age 68, of Tellico Village Community in Loudon, TN went to be with the Lord on Saturday, April 24, 2021.
Known as “Ron”, Adams was born in Nashville and lived in Macon, GA, Southampton, PA, Lawrenceburg, TN, and Tellico Village. He was the owner of Adams Trucking of Lawrenceburg and later worked for Sloan’s Village Home Center in Tellico Village. He enjoyed golf, and NASCAR and was nick-named “Go-To Adams” for his ability to fix virtually anything.
He was preceded in death by his parents: James and Geneva Adams of Lawrenceburg, TN.
Survivors include his sister: Susan Woodward (John) of Tellico Village; son: Alex and grandchildren Aiden, Ethan, and Evelynne; daughter: Susan Taylor (Josh) of Leoma, TN and grandchildren Allie, Maddie, and Briar.
A celebration of life for James Ronald Adams will be held at a date to be determined at Lawrenceburg Memorial Gardens. Click Funeral Home & Cremations is in charge of arrangements. In lieu of flowers, contributions may be made to the Tellico Village Volunteer Fire Department, 210 Chota Road, Loudon, TN.