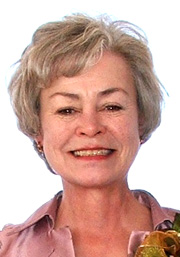 Patricia Ann Ezell
Patricia Ann Ezell, age 72, of Sun City West, AZ passed away Tuesday, April 27, 2021 at Banner Del Webb Hospital, Sun City West, AZ.
She was born January 19, 1949 in Parkersburg, WV. In 1979 she married Layne Ezell and resided in Lawrenceburg, TN until she retired from Boston, Holt, and Durham as a paralegal in 2018. The birth of her grandson prompted her to move to Sun City West, AZ to be closer to her family. She was a loving grandmother and wonderful mother.
She was preceded in death by her parents: Bob and Lorraine Mossor; and her husband: Layne Ezell.
Her legacy continues through her son: Lance Ezell; and grandson: Elwood of Phoenix, AZ.
Funeral services for Patricia Ann Ezell were held on Friday, April 30, 2021 with Heritage Funeral Chapel in charge of arrangements. Memorials may be made to the Lawrence County Public Library. Condolences may be sent by way of: https://www.heritagefuneralchapels.com.