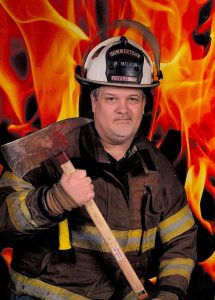 Michael Alan Malugin, age 56, of Summertown, TN passed away Thursday, May 20, 2021, at Maury Regional Medical Center in Columbia, TN.  He was a native of Lawrence County, TN, operator for Essex, and a member of The Tabernacle.  Mr. Malugin served as Assistant Fire Chief for the Summertown Volunteer Fire Department.

He was preceded in death by his father, Thomas Malugin.

Arrangements are being handled by Neal Funeral Home, 231 N. Military Avenue, Lawrenceburg, Tennessee.  The family will receive friends from 5:00 PM to 8:00 PM Saturday, May 22, 2021, at The Tabernacle. Funeral services will be conducted at The Tabernacle at 2:00 PM Sunday, May 23, 2021, with Ricky Pitts officiating.  Interment will follow at Summertown Cemetery in Summertown, TN.  Condolences may be sent by way of our website at www.nealfuneralhome.net.