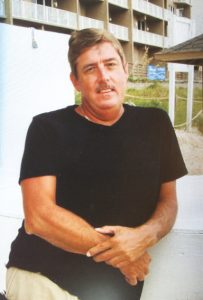 Christopher Oneal Clayton passed away May 30, 2021 in Salmon, Idaho. He was born August 30, 1964 in Lawrenceburg, TN. He was a member of Trinity Baptist Church, a custom cabinet, furniture, and divet contractor. Chris loved hunting, fishing, and woodworking. He will be greatly missed by his family and friends.
He was preceded in death by his grandparents, Jesse and Ruth Cole of Fortville, Indiana, Earl and Velma Clayton of Lawrenceburg.
He is survived by his mother, Barbara Cole Miles (Jackie) of Lawrenceburg, his father, Patrick Oneal Clayton of Salmon, Idaho, His sisters, Tami Ray (Jerry), Kim Bivens (Opie) both of Leoma, TN. His brother Jeremy Clayton (Amanda) of Summertown, TN., his stepbrothers, Robbie Miles (Christy), Pulaski, TN., Cody Miles (Megan) of Lawrenceburg, TN. Several nieces, nephews, and cousins also survive.
A memorial service will be held at Immanuel Baptist Church on Saturday, July 31st at 11:00 a.m. with Pastor Reggie Coleman officiating. Visitation with the family will be Saturday, July 31st from 10:00 – 11:00 a.m. Arrangements are being handled by Jones and Casey Funeral Home.
The family requests memorials be made to Kammy’s Kause or the American Cancer Society.