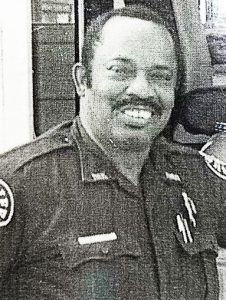 Earlie “Earl” Williams
Earlie Bozell Williams of Denver Colorado born January 14th 1944 in Mount Pleasant Tennessee to the late Paul Williams Sr. and Tom Ella Napier-Williams, passed away on May 26th 2021 in Fort Worth, Texas in the company of his son, and his family.
He was proceeded in death by his parents, sisters Mary Hart and Sylvennia Armstrong-Boatner, as well as bother Paul Williams Jr.
Earl or “Duke”, as he was affectionately known, is survived by his children; Katrina Williams (Phillip) -Holt, Yvonne Williams-Donate and Steven Earl Williams (Stephanie), sister Faye Armstrong (Greg) -Divine, brother in laws; Horace Hart and Bobby Boatner, grandchildren; Marteka, Trez, Joshua, Justin, Kristian, Nicolette, Brooke, Briana, Zeke, Diego, Nicolas, Elecea, Jeffery (JJ) and Brianna, 8 great grandchildren, niece Tiffany, nephews; Rodney, Terry, Scottie, Derek and a whole host of cousins including Eleanor “Dale” Napier (Charles) -Gannaway and friends.
Earl’s legacy includes being a retired decorated Deputy from the Denver Sheriff’s Department with the highest honor given, receiving TWO Medal of Valor awards with in his 27 year career. The 1st for running into a blazing fire saving 3 people and the 2nd for saving over 130 KKK members during the 1992 MLK Jr. riots in Denver, Colorado. Before becoming a Sheriff, Earl worked for Gates Rubber Company in Denver as well as Baker’s Shoe Store. He also worked at Arrow Mine Chemical plant in Mt. Pleasant Tennessee prior to coming to Colorado and for Frontier Airlines post his Sheriff’s department retirement.
Mr. Williams, loving nicknamed “Kingfish”, was a friend to many and all with a heart and desire to impartially help anyone in need. Earl had a faith in God and Christ that was illustrated in his life thru his actions. Even in the most inauspicious moments, he found it within himself to exemplify qualities usually only heard of in legends. A man amongst men, heroic, courageous, integrous, valiant, compassionate, dedicated and lionhearted are only a few of the words suitable to describe “Duke/Kingfish”. He had a very distinct laugh with an indescribable physical, mental and emotional strength which he modeled for everyone, especially his children who he always made sure to provide for. He enjoyed fishing the most, but also relished in basketball, football, tennis, fast pitched softball, watching the Denver Broncos, attending family gatherings often involving a BBQs or Fish Frys, dancing the “Slop” to Duke of Earl, beating everyone in a game of pool, hunting, as well as riding horses and motorcycles. The jokes from his sister Mary “Sissy”, brother Paul “Dilly” and cousin Eleanor “Dale” could make him laugh the most, and have provided some of the greatest memories to friends and family over the years. He took great pride and special interest in teaching his Son in particular all the things of life, and loved all of his kids and his family members more than anything.
A viewing will be held Friday June 4th from 5-8pm at Pettus-Turnbo Funeral Home, 501 W Gaines St. Lawrenceburg TN 38464. The ceremony will take place Saturday June 5th starting at 12pm at Mt. Nebo Baptist Church, 116 Broadway St., Mt. Pleasant TN 38474. Interment immediately following at the Polk Memorial Gardens. A reception will be held after interment back at the church.