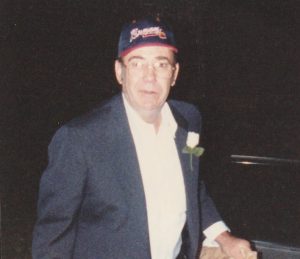 William Edward Stooksberry , age 85 of Iron City, TN passed away Friday June 4, 2021 at Home after a sudden illness. He was a native of Wayne Co,TN.Retired Supervisor Murray Ohio,a United States Army Veteran, Member of Stainless Lodge #580 Iron City TN, and a member of Iron City Freewill Baptist Church. Funeral Services will be held at Loretto Memorial Chapel on Monday June 7, 2021 at 1:00 PM. Tim Hanback and Stacey Holt will be officiating. Burial will follow in Hollis Cemetery with a Masonic Funeral at Graveside.
Visitation will be from 5:00 PM to 8:00 PM on Sunday June 6, 2021 at Loretto Memorial Chapel.