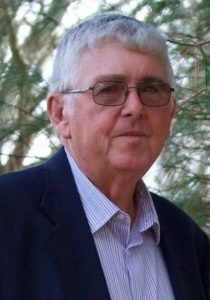 Larry McCrory, age 74, of Summertown, TN passed away Friday, June 04, 2021, at Maury Regional Medical Center in Columbia, TN.  He was a native of Lawrence County, TN, retired from Coca-Cola, owner of Pine Knoll Nursery, and a member of Summertown United Methodist Church.  He was also a member of Ethridge Masonic Lodge #777, Walking Horse Breeders Association, and a former member of Summertown Fire Department where he served as Treasurer.  Mr. McCrory was an avid supporter of the Summertown Football Program.

He was preceded in death by his parents, Pete and Bonnie Dunn McCrory; and one sister, Lynn McCrory Gibson.

Arrangements are being handled by Neal Funeral Home, 231 N. Military Avenue, Lawrenceburg, Tennessee.  The family will receive friends from 4:00 PM to 8:00 PM Monday, June 07, 2021, at Neal Funeral Home.  Funeral services will be conducted at Neal Funeral Home at 11:00 AM Tuesday, June 08, 2021, with Ray Watkins officiating.  Interment will follow at McCrory Family Cemetery in Summertown, TN.  The family suggests memorials be made to Summertown High School Football Program.  Condolences may be sent by way of our website at www.nealfuneralhome.net.