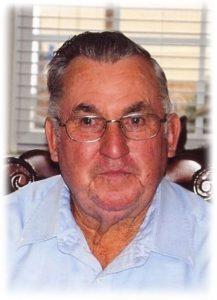 Mr. Billy Joe Adams was born February 12, 1936 in Wayne County, TN the son of the late Thomas and Beulah Holt Adams. He worked as a forklift operator for the Hassell and Hughes Lumber Company. He was a member of the Cornerstone Church in Collinwood. Mr. Adams was united in marriage to the former Betty Ruth Wright on Friday April 9. 1954. She preceded him in death on October 13, 2017. Mr. Adams departed this life on June 7, 2021 in Columbia, Tennessee at the age of 85 Years, 3 Months and 26 Days. He is survived by a son Freddy Adams of Collinwood, TN; four sisters, Mattie Ruth Robbins and Iva Nell Talley both of Collinwood, TN; Dorothy Pope of Lawrenceburg, TN and Doris Vaden of Collinwood, TN. In addition to his parents and his wife of 63 years, Mr. Adams was preceded in death by his son, Curtis Lee Adams; one sister, Thelma Jean Staggs and two brothers, Thomas E. “Bud” Adams and Manuel Dale Adams. Visitation will be held on Tuesday, June 8th from, 4:00 pm until 9:00 pm and on Wednesday June 9th from 12:00 PM until service time at 3:00 PM at the Shackelford Chapel in Collinwood. Services will be held on Wednesday June 9, 2021 at 3:00 PM at Shackelford Funeral Directors, Collinwood, Tennessee, with Daniel Graves and Jimmy Martin officiating. Burial will follow in the McGlamery Cemetery with Shackelford Funeral Directors of Wayne County Assisting the Family.