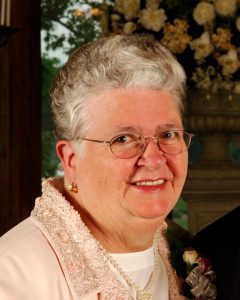 Della Mae Rosson Keeton, age 81, of Henryville, TN passed away Tuesday, June 15, 2021, at NHC Healthcare of Lawrenceburg.  She was a native of Lawrence County, TN, retired from Salant & Salant, and former substitute teacher for the Lawrence County School System.  She was an officer for TOPS Club, a 4-H Leader Volunteer, and a pitcher/coach for the ladies community club softball.  She was also a member of Henryville Community Club and Henryville United Methodist Church.

She was preceded in death by her parents, Lonnie and Lora Delcie Davis Rosson; her husband, Vernon Oran Keeton; her son-in-law, James Earl Keaton; and one nephew, Timothy Wayne LeMay.

Arrangements are being handled by Neal Funeral Home, 231 N. Military Avenue, Lawrenceburg, Tennessee.  The family will receive friends from 4:00 PM to 8:00 PM Wednesday, June 16, 2021, at Neal Funeral Home.  Funeral services will be conducted at Neal Funeral Home at 11:00 AM Thursday, June 17, 2021, with Ray Watkins, Bobby Gobble, and Leann Shrader officiating.  Interment will follow at Henryville Cemetery in Lawrence County, TN.  Condolences may be sent by way of our website at www.nealfuneralhome.net.