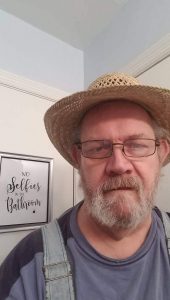 Harold Theron Matthews, age 62, of Columbia, TN passed away Friday, June 11, 2021, at Maury Regional Medical Center in Columbia, TN.  He was a native of Lawrenceburg, TN, retired from G.E., and a member of Park Grove Baptist Church.  He was also Assistant Scout Leader for Troop #104 in Mt. Pleasant, TN.

He was preceded in death by his parents, Theron and Jeanette Wiley Matthews.

Arrangements are being handled by Neal Funeral Home, 231 N. Military Avenue, Lawrenceburg, Tennessee.  Graveside services and interment will be conducted at Polk Memorial Gardens at 1:00 PM Wednesday, June 16, 2021, with Jonathan Price officiating.  Condolences may be sent by way of our website at www.nealfuneralhome.net.