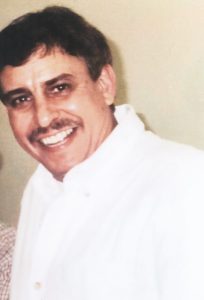 Danny L. Wright, 67, of Camden, TN, passed away Friday, June 8, 2021. He was a native of Lawrence County, TN and retired from TVA.
He was preceded in death by his parents, Neal and Odell Corum Wright, and three sisters, Ailene Ingram, Elizabeth Goolsby and Bertie Springer.
He is survived by his fiancé, Cheryl Kelly, of Camden; two sisters, Faye Howell and Peggy Brewer, of Leoma; three brothers, Tee Wright of Lexington, AL, Donald Wright of Lawrenceburg, and Larry Wright of Franklin, TN; a host of nieces and nephews.
A private service will be held at a later date.