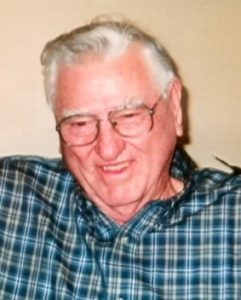 Robert Earl Green, 98, the last of “The Green Boys” of Lawrence County passed away July 2, after a brief illness. He was a veteran of WWII receiving two bronze stars for his service at the Battle of the Bulge and later serving in France.

A longtime member of the Fairview Church he continually surprised people with his homemade fried pies, peanut brittle, and new recipes he learned on the Cooking Channel. He was an avid gardener selling watermelons and cantaloupes out of his truck to the public. Last year he had a bumper crop of tomatoes and blackberries which he shared with his nieces, nephews, and neighbors. For years he had bee hives which he would harvest with the help of family to share with those who knew him. At the age of 96 he joined the Loretto Gym, attending 3 days a week. His goal was not to sweat or build muscle, but to stay in shape. First day he did the ropes without a problem and became an example for many of us “younger kids”. Uncle Robert believed in helping others and contributed to many charities over the years. In lieu of flowers please donate in his honor to St. Jude’s Children’s Hospital, Shriners Hospital, Fairview Church Cemetery, St. Joe Seniors or a charity of your choice.