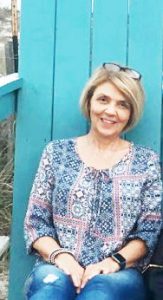 She was preceded in death by her parents, James Henry and Doshia Lucy Johns Chandler.

Arrangements are being handled by Neal Funeral Home, 231 N. Military Avenue, Lawrenceburg, Tennessee. Graveside services and interment will be conducted at Lawrence County Memorial Gardens at 10:00 AM Monday, July 19, 2021, with Wayne Martin officiating.  Condolences may be sent by way of our website at www.nealfuneralhome.net.