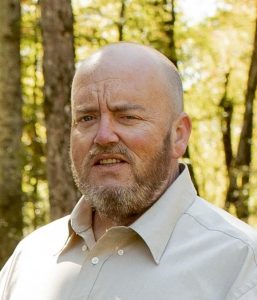 John “Bulldog”, “Silly John” Isabell
Born on December 6, 1968, in Columbia, TN, John Isabell was the son of the late Judy Jones Isabell Whitley and Stanley Isabell. He departed this life Wednesday, July 21, 2021 at Southern Tennessee Regional Health System in Lawrenceburg with his wife, Marian, by his side, as she has been for their nine years and four months marriage.
John was an avid sports fan, especially when it came to the Pittsburgh Steelers, Vanderbilt Commodores and the University of Tennessee, but his wealth of knowledge went beyond those three teams. John loved watching TV as long as it was very old sitcoms, westerns or sci-fi. Scary movies were only watched if it was a guarantee Marian was going to jump and/or scream.
In addition to his parents, John was preceded in death by his sister: Tina; and his favorite uncle: Bobby Jones.
In addition to his wife, John is survived by their cat: Duck; father/mother-in-law: Leon and Mary Ann Patterson; brothers/sisters-in-law: Marty and Shelley Patterson (Gabe, Nate, Bette and Molly), Robert and Amy Patterson (Lily Kate and Brooks); aunt: Jo Ann Jones (Michelle Martin).
Heritage Funeral Home is assisting the family with arrangements. Condolences may be shared by way of: www.TnFunerals.com.