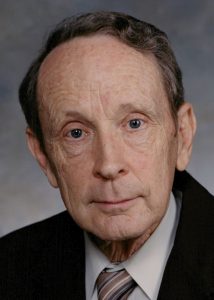 Richard Hardy Beckham
Richard Hardy Beckham was born August 13, 1934 and died peacefully on Monday, July 12, 2021 at the age of 86.
Richard was the son of Raleigh V. Beckham and Florence Hardy Beckham, both deceased. He was the much loved brother of Ken Beckham (Mickey) and Linda Beckham Balch (Bill). He was uncle to Jim Beckham (Kim), Maria Beckham Thames (Rob), Fred Balch (Paris), and Brad Balch (Cindy).
He attended Lawrence County High School, graduated in 1952, and was salutatorian of his class. He then attended the University of Tennessee where he received his Bachelors and Masters Degrees in Electrical Engineering. After graduating, he went to work for NASA in Huntsville, AL, and worked there until he retired at age 72. He found the work exciting and with many special moments with space travel just beginning.
His real joy was traveling and he was able to visit a majority of the world’s countries, sometimes traveling with a friend he met on one of the tours, and could still remember all the cities he had visited.
Richard was a fan of the University of Tennessee sports teams, especially football, and attended many games. He was especially fond of classical music and had a vast collection of tapes and albums. After retiring, he divided his time between Huntsville and Lawrenceburg. He was much loved and will be missed by his family and friends.
A memorial service for Richard Hardy Beckham will be held at Pettus-Turnbo Funeral Home on Sunday, August 15, 2021 at 2:00 p.m. Interment will follow at Mimosa Cemetery. Pettus-Turnbo Funeral Home is in charge of all arrangements. Condolences may be offered by way of: www.pettusturnbo.com.