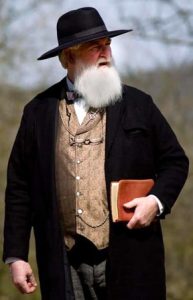 George Timothy “Tim” Morrison
George Timothy “Tim” Morrison, age 66, of Fayetteville, TN passed away on Saturday, August 21, 2021.
Tim was born on January 10, 1955 in Lawrenceburg, TN to Wilma Garner Morrison and the late George William Morrison. He was a 1973 graduate of Lawrence County High School and earned is bachelors in History and English from the University of North Alabama in 1976. Tim also earned his teaching certificate from Middle Tennessee State University and was an educator for many years throughout southern middle Tennessee, where he taught History, English and coached basketball.
Mr. Morrison was the patriarch of his family. He thoroughly enjoyed spending time with them and cheering on his grandson playing baseball and basketball. Pop Pop was a loyal supporter of the Tennessee Naturals Baseball team and avid TN Lady Vols Fan. He was a member of the Sons of Confederate Veterans, National Rifle Association, and the Nathan Bedford Forrest childhood home restoration project. Tim was a history buff serving in several historical reenactments and cemetery dedication ceremonies.
In addition to his father, Tim was preceded in death by his brother and sister-in-law: William Anthony “Tony” (Pauline) Morrison.
In addition to his mother, survivors include his wife of 43 years: Theresa Morrison, MD; daughter: Thereska Morrison; son: Tyler Morrison; and grandson: Brayden Morrison all of Fayetteville; nephews: George (Alex) Morrison, and Nathan Morrison; nieces: Paula (Stacey) Peek, and Karen (Tim) Wilson; and great-nieces and great-nephews: Laurel and Garrett Peek, and Sarah and Marlene Morrison.
Visitation with the family will be from 5 PM until 8 PM on Tuesday, August 24, 2021 at Higgins Funeral Home. The family ask you to help create a living tribute in memory of Tim. On Tuesday evening, there will be a video tribute center at Higgins for you to record your most memorable Tim stories. Mask will be available for those who wish to wear one but are not required.
Funeral service for George Timothy “Tim” Morrison will be conducted at 2:00 p.m. on Wednesday, August 25, 2021 at Higgins Funeral Home. Burial will follow at Barnes Cemetery. Serving as pallbearers will be: George Morrison, David Boggs, Ben White, Keith Mullins, Rick Roberts, Maz Mazekowski, and Doug Priest. Higgins Funeral Home is honored to be serving the family of Mr. Tim Morrison. Condolences may be offered by way of: higginsfh.com.