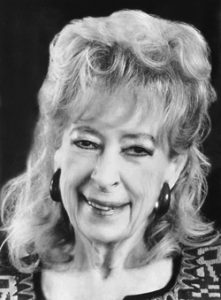 Jan Knippers Black
Dr. Jan Knippers Black, age 81, Professor Emerita of Middlebury Institute’s Graduate School of International Policy in Monterey, California, passed away at her home on Sunday, August 15, 2021.
Jan held a B.A. in Art and Spanish from the University of Tennessee and earned both an MA and PhD from American University in Washington, D.C. In 1962, Jan became an original member of President Kennedy’s Peace Corps, serving in Chilѐ for two years. She was a Research Associate for St. Antony’s College, Oxford, England, a faculty member at the University of Pittsburg’s Semester-at-Sea program, a Research Professor in Public Administration at the University of New Mexico, and a research team supervisor at American University.
Jan published dozens of books, encyclopedia inserts, and magazine articles on international studies, comparative politics, and grassroots development, especially with respect to the Western Hemisphere, globalization, media, human rights, and women’s rights and roles. She carried classes overseas to Cuba, Chilѐ, Iran, Bhutan and the Balkans. From Estonia to Costa Rica, her former students have gained positions in government.
In 2011, and again in 2014, Jan was elected to three-year terms on the Amnesty International USA Board of Directors. During this time, she helped to free a Taiwan political prisoner who was later elected the country’s Vice President. Jan visited some 170 countries, undertaking research, speaking engagements, workshops, consulting, and program evaluations. Recent books include: “Inequity in the Global Village,” and “The Politics of Human Rights Protection.”
In 2018, Dr. Black launched a Foundation for Human Rights and scholarship program at Middlebury Institute. In June of 2019, she lost her beloved husband, Dr. Martin C. Needler. Until her passing, she continued work on three books, a photo exhibit, and a musical.
In addition to her husband, Jan was preceded in death by her parents: Opal and Ottis Knippers.
She is survived by step-children: John and Marc Black and family; sister: Nancy Wilbanks (Gerald) of Minor Hill, and her children Troy Ray, Mallary Ray and Alicia Ray Prather; brother Ottis Knippers, Jr., (Ellen) and their children, Joe Buchanan and Amy Austin.
A memorial service for Jan Knippers Black is being planned in Monterey, CA.