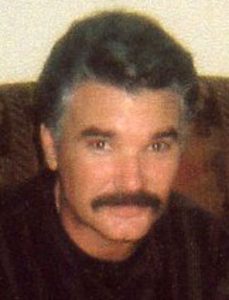 Gary Curtis Aldridge
Gary Curtis Aldridge was born May 10, 1961 in Nashville, TN to William Ray “Billy Ray” Aldridge and Martha Cassel Aldridge. He grew up in Rutherford County, TN, however, lived most of his adult life in Nashville. He moved to Fayetteville, TN, about three years ago. He was a stucco plasterer by trade. He was of the Baptist faith, however, if you asked him, he would just say, “I am a Christian.”
He was preceded in death by his son: Zachary Curtis Aldridge; father: William Ray Aldridge; his mother: Martha Cassel Aldridge; and his brother: Billy Joe Aldridge.
He is survived by his sister: Darlene Aldridge Pierce (Dwayne); his children: Norma Richcreek (Von) of Smyrna, TN, Ashley Aldridge of Bowling Green, KY, Courtney Aldridge of Murfreesboro, TN, Matthew Aldridge (Allison) of Nashville, TN, and Alex Aldridge of Nashville, TN; thirteen grandchildren; one great-grandchild; several nieces, nephews and cousins.
Funeral services for Gary Curtis Aldridge were conducted at Neal Funeral Home at 3:00 p.m. on Friday, September 3, 2021, with Alan Crawford officiating. Interment followed at Brace Cemetery in Lawrence County, TN. Neal Funeral Home was in charge of all arrangements. Condolences may be sent by way of: www.nealfuneralhome.net.