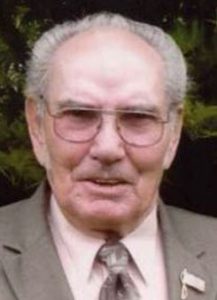 Thomas Charles Joiner, Sr.
Thomas Charles Joiner, Sr. was born in St. Joseph, TN, on October 25, 1932 to Price and Annie Mae (Putnam) Joiner. He lived most of his life in the Peppertown community where he hired a pretty young lady to pick cotton for him. That young lady, Margaret Jones, became his wife on July 2, 1955.
Throughout their 65-year marriage they raised five children: Diane Royse, Vickie Gist, Judy Guttery (David), Donna Gillespie (Terry), and Tommy Joiner (Teresa). He and his bride made a life of spoiling fourteen grandchildren, thirty-three great grandchildren, five great-great grandchildren, and one fur baby (Rocky) who was his constant companion for over eleven years.
He proved his love and devotion to Margaret by never leaving her side through her ten-year battle with Alzheimer’s disease. Margaret Joiner left this life on February 1, 2021. Charles went to be with her Friday, August 27, 2021 following complications of Covid19.
He is also survived by one sister: Nell Adams, and a multitude of in-laws, nieces and nephews.
Loretto Memorial Chapel assisted the family with all arrangements.