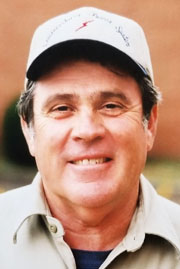 Richard E. Comer
Richard E. Comer, age 78, of Lawrenceburg, TN passed away Tuesday, September 21, 2021 at Southern Tennessee Regional Health System.
He was a member of the Marcella Falls Church of Christ, the Antique Tractor Club, and was retired from the Lawrenceburg Power System.
He was preceded in death by his wife: Jeanne; his parents: Ernest and Mary Etta; brother: Jim; and grandson: Seth.
Survivors include his three children: Mike (Barbara) Comer of Lawrenceburg, TN, Scott (Heather) Comer of Murfreesboro, TN, and Kim Comer of Mt. Pleasant, TN; grandson: Kyle (Erin) Comer of Smyrna, TN; great-granddaughters: Kelsie and Katelyn Comer; brother: Robert Comer of Lawrenceburg, TN; sisters: Melva Thomas of Lawrenceburg, TN and Keffie Morrow of Columbia, TN. He left behind several other family members and will be greatly missed in the community.
Graveside services and interment for Richard E. Comer were conducted at Lawrence County Memorial Gardens at 1:00 p.m. on Friday, September 24, 2021 with Dan Edwards officiating. Neal Funeral Home was in charge of all arrangements. In lieu of flowers, the family suggests memorials be made to the Parkinson’s Foundation or Marcella Falls Church of Christ.
Condolences may be sent by way of: www.nealfuneralhome.net.