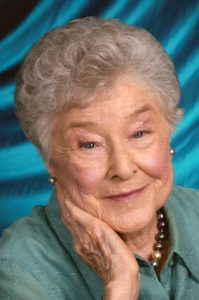 Lavonia Marie Battle Holt
Lavonia Marie Battle Holt, age 92, passed away peacefully in her sleep in Midlothian, Texas on Friday, September 24, 2021.
Marie was born at her family’s farmhouse in Lawrenceburg, TN, on October 19, 1928 to John Bert Battle and Velma Cymera Sumner Battle. She married her high school sweetheart, John Harrison Holt, Jr., on January 20, 1949 in Washington D.C., where they both worked for the FBI after his return from serving with the U.S. Army during World War II, and after they both graduated from Lawrence County High School in 1947. Marie and John moved to Ft. Worth, TX, in 1969 from Nashville, TN, when John’s job transferred them there. Marie loved to sing in the church choir, read, cook, work in her flower gardens, and conduct genealogy research, often dragging John to cemeteries all over their native Tennessee. Marie loved her Lord and Savior, Jesus Christ and her family wholeheartedly. Marie’s sweet smile and gentle spirit will be greatly missed.
In addition to her parents and her husband of 66 years, she was preceded in death by her older brother: J.B. Battle (Anna Martha).
She is survived by her daughters: Rebecca Shuffield (Wayne), Martha Carr (Mark), and Sarah Reinmiller (Tom); ten grandsons; three granddaughters; three great-grandsons; three great-granddaughters; brother: James Battle (Carol); and many nieces, nephews, and friends.