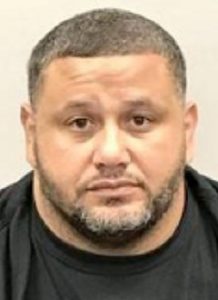 Robert Jerome Simpson
Robert Jerome “260” Simpson was born December 18, 1978, to Leon Collier and Mary “Dot” Simpson in Lawrenceburg, TN. He departed this life on October 12, 2021.
He grew up in the Western Heights community; a place he always called home. Robert loved visiting his grandparents who lived in Lonsdale. He had to face adversities being a double amputee. Also being away from home, he had to make tough decisions with the most difficult being to remove his mother from life support by phone. His mother, “AG” (his nickname for her) passed away without a final “good-bye” or “I love you” before he made it back home. It has been a short while since “AG” left this earth, and we think she opened her arms to welcome her son and say, “I’ve missed you and I LOVE YOU!”
He was preceded in death by his mother: Mary Simpson; grandmother: Bertha Mae Simpson; grandfather: Roland Simpson; and uncle: Joel “Bear” Simpson.
He is survived by brother: William “Lue” Simpson; sister: J. Marie “Turk” Simpson; nieces: Justus and Chantel Simpson; nephew: Jakobi; aunts: Katherine, Rose, and Cassie Simpson and Betty McHenry of Lawrenceburg, TN and Sandra Douglas (Jimoh) Bibiloma; devoted uncle: Edward “Leroy” (Jacqueline) Blair; a host of other family and friends to include favorite cousins: Shannon Hollingsworth, Terrance “Big T” Waters, Edwina Simpson, Tonya Simpson, Trivia Freeman and Dinah Simpson; god-sister: Rachel Farmer; special friend: Angie Key; and his Rollin’ 60’s family.
A public walkthrough was held from 9:00 a.m. to 11:00 a.m. on Saturday, October 23, 2021at Open Door Church, 2806 Sherman Street, Knoxville, TN. Funeral services followed for immediate family and close friends. Professional arrangements were entrusted to Patton Funeral Home.