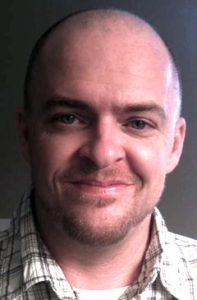 Ronald Bradley “Brad” King
Ronald Bradley “Brad” King, age 43, of Leoma, TN passed away on Friday, October 29, 2021 following a short, but brave, battle with cancer.
Born December 29, 1977 in Pulaski, TN, Brad was a graduate of Lawrence County High School and was of the Church of Christ faith. He was employed by Doss Brothers, Inc. He was an avid fisherman who also enjoyed making jigs for his friends. He loved the challenge of working on vehicles, and he could often be found using his considerable skills to tackle home remodeling projects. Brad was a gentle soul who was quick to offer an engaging smile and an enveloping hug.
He was preceded in death by his grandparents: Harold Birdsong, Joyce and Webb Shook, and Tommy and Mildred King; and by his biological father: Ronnie King.
He is survived by his children: Madison and Jacob, of Lawrenceburg, TN; his parents: Randy and Wanda Birdsong Shook of Leoma, TN; brother: Billy (Kendria) Shook of Pulaski, TN; grandmother: Joyce Birdsong of Pulaski, TN; life partner: Dawn Garner of Leoma, TN; niece: Vaida Shook; nephew: Griffin Shook; and his faithful dog: Miley. Also surviving are several aunts, uncles, cousins and many dear friends.
Funeral services for Ronald Bradley “Brad” King were held Sunday, October 31, 2021 at 1:00 p.m. at Neal Funeral Home. Burial followed at Fullers Chapel Cemetery in Leoma, TN. Neal Funeral Home was in charge of all arrangements.