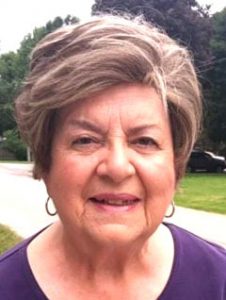 Jane Bradbary
Jane Bradbary, age 86, of Lawrenceburg, TN passed away Thursday, December 9, 2021 at Southern TN Regional Health System in Lawrenceburg, TN.
She was a native of Lawrence County, TN, retired from the State of Tennessee, a member of Bell Road Baptist Church, and attended Sonset Fellowship Church. Mrs. Bradbary taught piano lessons for many years.
She was preceded in death by her parents: Lewis and Geneva Lee Long; and one son: Danny Bradbary.
She is survived by her husband of 62 years: Keifer Bradbary of Lawrenceburg, TN; one grandson: Vincent Bradbary (Elizabeth Hamorski) of Nashville, TN; and one sister: Carolyn Hanover of Litchfield, IL.
Funeral services for Jane Bradbary were conducted at Neal Funeral Home at 3:00 p.m. on Sunday, December 12, 2021 with Gary Hanover and Grant Pavy officiating. Interment followed at Lawrence County Memorial Gardens in Lawrenceburg, TN. Neal Funeral Home was in charge of all arrangements. Condolences may be sent by way of: www.nealfuneralhome.net.