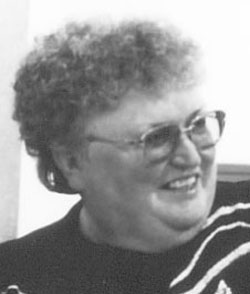 Judy Diane Smith
Judy Diane Smith, age 75, of Leoma, TN passed away Thursday, December 9, 2021 at Southern Tennessee Regional Health Systems Lawrenceburg.
Born October 26, 1946, in Lawrenceburg, TN, she was the daughter of the late Coy Tanner McDonald and Veda Bonner McDonald.  She married Robert T. Smith on May 23, 1987.  She worked for Jones Apparel Group and was an active member of Choates Creek United Methodist Church. She enjoyed traveling, playing solitaire, cooking, and watching the horses run in the field.  Above all, she loved her family and strongly believed in the importance of church attendance.
In addition to her parents, she was preceded in death by her daughter: Katrina Elder; stepson: Stacey Smith; and sister: Leanna Peters.
In addition to her husband, she is survived by her sons: Gary (Sarah) Elder, II of Lewisburg, TN and Matthew Elder of Lawrenceburg, TN; stepsons: Jason (Sasha) Smith of Lawrenceburg, TN and Derek Smith of Leoma, TN; brother: Ray Bonner (Vickie)McDonald of Lawrenceburg, TN; eleven grandchildren; and two great-grandchildren.
A memorial service for Judy Diane Smith will be held on Saturday, December 18, 2021 at 2:00 p.m. at Choates Creek United Methodist Church with visitation from 12:00 to 2:00 p.m. Heritage Funeral Home is in charge of all arrangements. Condolences may be offered by way of: www.tnfunerals.com.