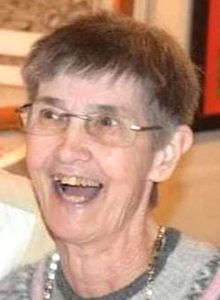 Shirley A. Walters
Mrs. Shirley A. Walters, age 78, wife of Ardeen Walters, and a resident of Leoma, TN, passed away Thursday, December 9, 2021 at her residence.
Born on January 7, 1943 in Leoma, TN, Shirley was the daughter of the late Bentley Dover and the late Carmel Newton Dover. She married William Ardeen Walters on March 6, 1965 and together they had two sons: Chris and Arthur Walters. She was a member of Leoma Baptist Church.
Along with her parents, she was preceded in death by her brothers: Horace “Bud” Dover, Thomas Dover and Herb Dover; and sisters: Lavern Dover and Claire Flatt.
In addition to her husband, she is survived by her sons: Chris (Lori) Walters of Leoma, TN and Arthur (Tara) Walters of Loretto, TN; brother: Larry (Phyllis) Dover of St. Joseph, TN; sisters: Sue Silver of Lawrenceburg, TN and Gail (Malcolm) Walters of Loretto, TN; grandchildren: Jayden Gray, Reagan Walters, Cam (Charity) Walters, Kristin (Mark) Matiasz; great-grandchildren: Ralynn Walters and Ada Walters; and numerous nieces and nephews.
The family of Shirley A. Walters will celebrate her life with a memorial service at a later date. Heritage Funeral Home in Columbia is assisting the family with arrangements. You may share condolences by way of: www.TnFunerals.com.