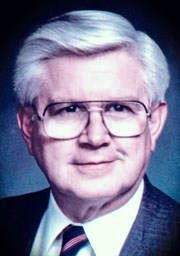 Robert Allen Turpen
Robert Allen Turpen, 92, of Statesville, NC passed away Saturday, December 25, 2021 at Maple Leaf Health Care in Iredell County.
Bob, as he was so lovingly known, was born January 27, 1929 in Lawrence County, TN. He was the son of the late Henry Herbert Turpen and Katie (Bonner) Turpen. In addition to his parents, Bob was preceded in death by his loving wife: Billie Jean (Battle) Turpen; and his sister: Joy Barnett.
In life, Bob attended school in Tennessee. He went on to college and earned a bachelor’s degree. Bob honored his country and served in The United States Army. Later, he became a banker and worked for nearly 40 years until he retired. Bob was strong in his Christian faith and was a member of McKendree United Methodist Church in Nashville, TN. He was also a member of the Rotary Club.
Bob leaves behind to cherish his memory; a son: Richard Turpen (Nancy) of Birmingham, AL; daughter: Robyn Turpen of Statesville, NC; and two grandchildren: Katie Turpen Doyle (Michael) of Birmingham, AL and Samuel Turpen (Chelsea) of Dallas, TX.
Dad never met a stranger and could find the good in anyone. He will be greatly missed by all who knew him.
At this time there are no services scheduled for Robert Allen Turpen. Reavis Funeral Home of Statesville is assisting the family with arrangements. Condolences may be offered by way of: www.reavisfhstatesville.com.