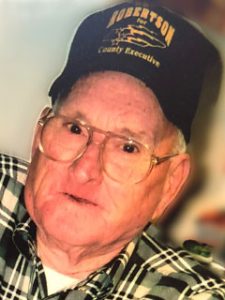 Horace “Hoss” Fralix, Jr.
Horace “Hoss” Fralix, Jr., passed away peacefully surrounded by family on Sunday, December 19, 2021 in Lawrenceburg, TN at the age of 85.
He was born on December 23, 1935 to the late Horace Sr. and Bessie Fralix in Giles County, TN. He attended Giles County High School. He served in the National Guard and was promoted to assistant manager at a steel and iron factory in St. Louis, MO until he retired. Horace enjoyed fishing, hunting and the simple pleasure of visiting with friends and family. However, most days you could find him hopping in his car and driving his little puppy, Snoopy, around.  He attended services at the First United Pentecostal Church.
In addition to his parents, he was preceded in death by two sisters: Elizabeth Reeves and Mildred Henson; brother: Foster Fralix; daughter: Beverly Oliver; and two granddaughters: Brittany Oliver and Hailey Oliver.
He is survived by his daughter: Sheila Matthews; sister: Kathy Woods; step-son: Ron Settlemyre; and four grandchildren: Johnathan Matthews, Ethan Matthews, Gavin Matthews, and Josephine Matthews.
Funeral services for Horace “Hoss” Fralix, Jr., will be held at 1:00 p.m. on Saturday, January 22, 2022 at First United Pentecostal Church at 1103 Springer Road, Lawrenceburg, TN with Ricky Haislip officiating. Friends and family are invited to fellowship in a meal following the service. Williams Funeral Home & Crematory is in charge of all arrangements.