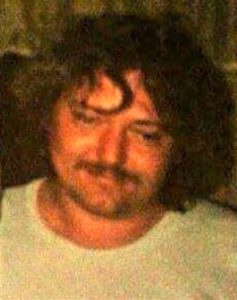 Mickey Joe Williams
Mickey Joe Williams, age 56, a resident of Loretto, TN passed away Saturday, January 8, 2022 at Mt. Pleasant Health & Rehabilitation Center.
Born September 4, 1965 in Lawrenceburg, TN, Mickey was the son of the late Bobby Joe Williams and the late Delores Fleeman Williams. The pride and joy and light of his life were his children and grandchildren.
In addition to his parents, he was preceded in death by his wife: Tina Smith.
He is survived by his daughters: Erica Hughes and Josie Williams, both of Lawrenceburg, TN; brother: Mike Mattox of Murfreesboro, TN; sisters: Janet Parrish and Joan Bedford, both of Lawrenceburg, TN, Wanda Keener of Smyrna, TN, Helen Shackelford of Leoma, TN, Shirley Sandrell of Huntsville, AL and Thelma Vermett of Florida; grandchildren: Hazel Hughes and Hunter Smith; and numerous nieces, nephews, great-nieces, great-nephews, aunts, uncles, and cousins.
Heritage Funeral Home in Columbia, TN assisted the family with arrangements. Condolences may be shared with the family by way of: www.TnFunerals.com.