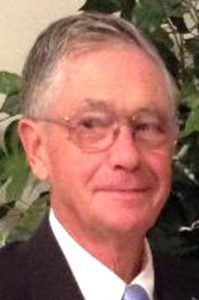 Bobbie Gene Stults
Bobbie Gene Stults, age 86, of Iron City, TN passed away Wednesday, January 19, 2022 at North Alabama Medical Center, surrounded by his loving family.
He worked at Stylon Tile Co., then in maintenance at UNA before retiring as a Maintenance Mechanic for Occidental Chemical Company. He later served as an Ag Census Statistician and was a lifelong farmer. He was a deacon and lifelong member of Cedar Grove Baptist Church as well as a member of the Iron City Stainless Lodge as a 33rd Degree Mason.
Bobbie, affectionately known to many as “Granddaddy,” was a devoted husband, father, father-in-law and granddaddy. He was a respectable man of integrity and honor. Granddaddy loved meeting new people and never met a stranger. He had a unique way of communicating and a knack for telling stories. He loved to tell the story about the first time he saw Doris (Grandmother). She was getting on the bus, and he said he thought she was the prettiest girl he had ever seen. Later, on August 23, 1957, he made her his bride. Granddaddy brought a lot of joy and laughter to his friends and family, and he will be sorely missed.
He was preceded in death by his parents: Herman and Walsie Blackwell Stults; brother: J.C. Stults; and sister: Frances Stults Littrell.
Survivors include his wife: Doris Martin Stults; sons: Mark Stults (Christy), Ethan Stults (Tammy) and Tim Stults (Amber); daughter: Amy Stults Simbeck (Harley); grandchildren: Jeff Stults (Erin), Jacob Stults, Taylor Stults (Heather), Ashley Stults, Timothy Beck Stults, Grace Stults, Lilly Stults, AmyBeth Simbeck, and Patton Simbeck; great-grandchildren: Eli Stults, Luke Stults and Dani Mae Stults; and devoted caregiver: Tracy Staggs.
Funeral services for Bobbie Gene Stults were held Saturday, January 22, 2022 at 11:00 a.m. in the chapel of Greenhill Funeral Home in Greenhill, AL with Billy Hill officiating. Burial followed at Cedar Grove Baptist Church Cemetery with Masonic Rites. Greenhill Funeral Home was in charge of all arrangements.