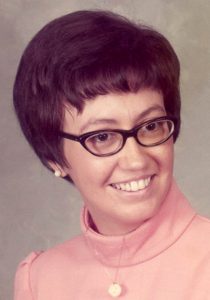 Mary Ellen Fox Clark
Mary Ellen Fox Clark, age 74, of Lawrenceburg, TN died peacefully in her home at 7:15 a.m. on Sunday, January 30, 2022 after a lingering illness. She had her family at the bedside.
Mary lived a life of faith and touched many people during her lifetime. She will always be remembered as a strong, joyful Christian woman. She was active in her church, Pleasant Grove United Methodist. She enjoyed her Flower Lovers Circle Garden Club, cats and her family. She enjoyed her many years working at the Christian Bookstore in Lawrenceburg, TN.
She was married at the age 30 to the love of her life, Jim Clark, and they enjoyed 44 years of happiness together.
She was preceded in death by her parents: Wilson and Mary Ruth Fox of Sale Creek, TN.
Survivors include her husband: Jim Clark; and her sister: Patsy Fox of Sale Creek, TN. She will be greatly missed by Jim’s family, including: Delcie Clark Reid’s family of DeReidder, LA, Ellen Clark Cross and family of Terre Haute, IN, Edna Clark Reinhart of Dayton, OH; his other family of Lawrence County: Bill Clark’s family, Margaret Ann Clark Nash and family, Sue Clark Lynch and family, Virgil Clark’s family, Betty Clark Mobbs and family; and Linda Clark Smith and family.
Funeral services for Mary Ellen Fox Clark were conducted at Neal Funeral Home at 1:00 p.m. on Thursday, February 3, 2022 with Tommy Flood and Danny Clark officiating. Interment followed at Lawrence County Memorial Gardens in Lawrenceburg, TN. Neal Funeral Home was in charge of all arrangements. Condolences may be offered by way of: www.nealfuneralhome.net.